We are proud to feature these inspiring images of military members and veterans. We salute these amazing individuals and hope their courage and achievements will inspire others. 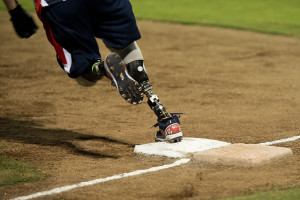 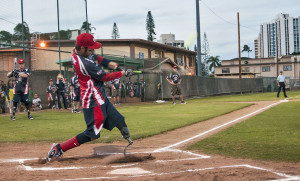 Nicholas Clark, from Yakima, WA, a retired U.S. Soldier and a member of the Wounded Warrior Amputee Softball Team (WWAST), hits a ball during a game against the Navy Commanders in Hawaii, Jan. 10, 2013. Clark, of Seattle, lost a leg when he was hit by a rocket grenade in Afghanistan in 2007. Photo by MC2 Sean Furey Read more about Nicholas Clark and the Wounded Warriors Softball Team 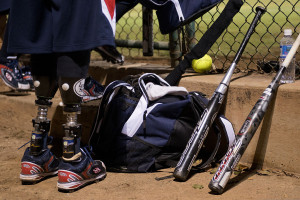 Joshua Wege, a member of the Wounded Warrior Amputee Softball Team, waits to take the field Jan. 7, 2013, at Joint Base Pearl Harbor-Hickam, Hawaii. In 2009, when Wege was a 19-year-old Marine,  he lost both legs below the knees when the light armored vehicle he was in ran over an IED during a “routine patrol” in Afghanistan. Just two years later, he went on to win gold medals in track and field in the second annual Warrior Games in 2011. U.S. Army photo by SSgt Mike Meares

Read more about Josh Wege  Read about the Warrior Games 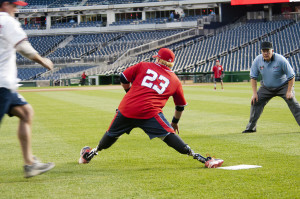 Joshua Wege braces to catch the ball while covering 1st base at the Wounded Warrior Amputee Celebrity Softball Classic, April 3, 2012 at Nationals Park, Washington, D.C. The Wounded Warrior team is made up of individuals with a variety of amputations of the arms, legs and feet. Some are still in the service, while others are attending college or have moved on to new careers. U.S. Army photo by Staff Sgt. Bernardo Fuller 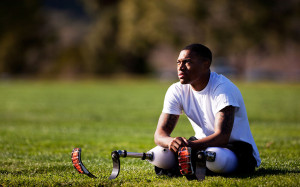 Cpl. Anthony McDaniel at the 2012 Marine Corps Trials at Marine Corps Base Camp Pendleton, California. McDaniel, a 2006 graduate of Gautier High School, became a bilateral leg amputee and below-elbow amputee after stepping on an improvised explosive device in 2010 while serving in Afghanistan. McDaniel, who competes in track, basketball and cycling, is one of more than 300 injured Marines, veterans and allies who competed in the second annual trials. U.S. Marine Corp Photo by Lance Cpl. Daniel Wetzel 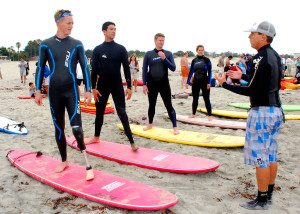 We Salute Our Troops

Visit the Image Gallery to learn the amazing stories of the veterans pictured on this site.